Up until today we’ve only taken our little girls out a few times. Twice to see the midwives and once for a quick trip to the playground. Today we took them to the Breakfast with Santa at the Yaletown Roundhouse Community Centre.

Mateo had Sport Ball today at the Roundhouse so the wee man and I were already there playing golf with all the other kids and mommies and daddies. Valerie loaded the girls into the City Select double stroller and walked over to meet us after sport ball.

When the girls arrived we went into the packed event room and quickly grabbed a few plates of pancakes, sausages and brownies. Yummy… Mateo didn’t want his sausages. Actually, he demanded that they be taken off his plate immediately. That was ok with me… more for Papa!

The food was as good as I expected. Not nearly as perfect as the pancakes Mateo and I make every weekend but they were yummy, especially with some maple syrup all over them. 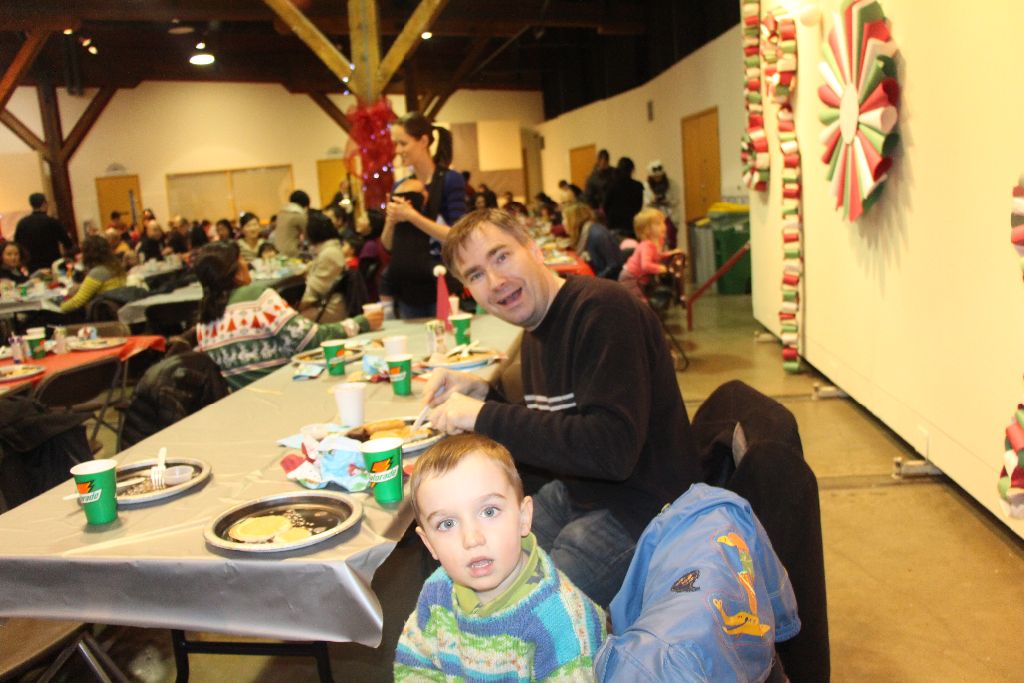 There were a couple guys performing Christmas songs and they had a mosh pit of little ones dancing in front of them as they moved around the room.

The music was excellent and they helped tocreate a great Christmas ambiance.

There were a couple tables where kids could make Christmas hats and get their face painted with Christmas images. Mateo made a cool litte hat with lots of glitter glued onto it. I think he got more in his hair then he glued onto his new hat.

Santa arrived and Mateo was really excited to see him. After we finished breakfast the five of us lined up and got a picture with Santa. Valerie was surprised that Santa is Asian. She thought he was a big fat white guy this whole time! You learn something new everyday.

We lined up behind a family who also has twin girls. They are 4 years old and were dressed in identical clothes. Valerie chatted with the Mom about being a parent of twins until it was our turn with Santa. Valerie and I stood beside Santa and Mateo got to sit on his knee. Mateo was happy to see Santa and even more happy to get a candy cane after.

They had a picture ready for us almost immediately which was great. It was a pretty good picture too. 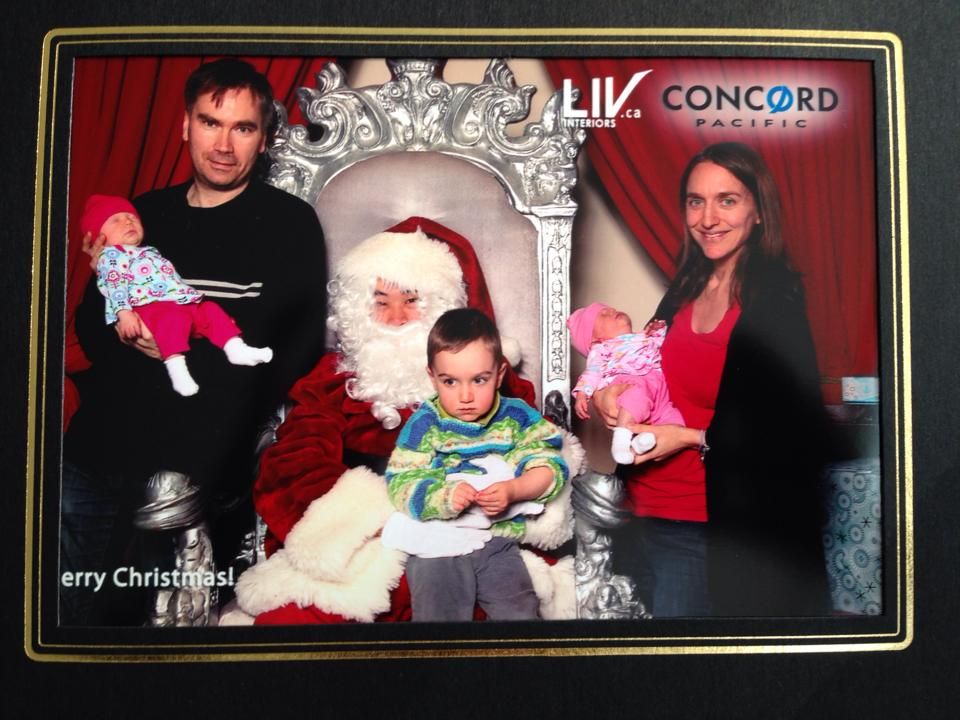 Value for the Money

The cost of the event was approximately $6 each and included one family picture with Santa Clause. It was definitely good value for the money and was great to kick start the Christmas spirit and get warmed up for the holidays.