Separating our twins at night

Until now they were sleeping in the same crib but I noticed they were waking a lot during the night, especially the second half of the night. I was feeding them every 2 hours after 1am. They are still in our room as we still don’t have a bedroom for them.

So Thursday night was the first night we separated the girls for sleeping.

We did the same routine as always. I feed both babies at the same time and when they are finished instead of putting both girls in one crib… I put one in each crib.
I can tell you they were not happy!

Both girls started to cry. In my mind I was thinking it’s going to be a long night!
Andrew went there and calmed them down a little bit but 5 minutes later they were crying again…
Are they lost alone in the big crib? Are they scared?
After a while,  I went back and soothed Maeva who normally has no problem to go to sleep. I decided to put her back with her sister.
Wow… in an instant they calmed down! It was kind of beautiful to watch actually. I stayed there for a bit to look at them. They went on their sides and look at each other and held each others hands.Very nice.
So I left them like this and I was thinking about separating them during the night at the next feed. But Miya started to cry again as she does every night.  So Andrew put Maeva in the other crib and I took Miya outside to swing a little bit. It’s been like this for a while now. She doesn’t want to be in the crib after the feed. But as soon as we put her in the swing she doesn’t complain anymore. So we let her there for a while until she is ready to fall asleep.When she starts looking straight without moving we transfer her to the crib. So she is still awake but very calm. And it works each time. She doesn’t cry anymore.

So this time we put her back but in a separate crib. It’s 7:30pm and they are both sleeping.
Hmmm… for how long are they going to sleep like this while separated? That was my question. I went to bed late this time (10pm), ya it’s late for me because normally I go to bed between 8:30-9pm! I know it’s very early but I’m asleep on the sofa already so better to be in the bed!
So I said to Andrew. See you in one half hour! Lately they were waking up at 11:30pm.
But it didn’t happen like this…
When I started to hear them and looked at the time it was 1:35am!! Oh, oh, nice! I slept more than 3 hours straight!!!
So I fed both babies one at a time, starting with Miya. I heard Miya later again and it was only 3:36am. She was moving and speaking a little bit but not complaining so I let her be. I’m glad I did because she fell back to sleep by herself!
I heard her again at 5:06am! Yay! I can take you for a feed!!
I didn’t hear Maeva since 1:35am…. I had to look to see if she was ok! Ya she is breathing peacefully!
Miya went back to sleep after her feed at 5:15am but Maeva decided to start her day!
So I said to Andrew, “She is yours now!!” Apparently she snoozed on him but no sleeping!
Miya slept until 7:15am and I think she woke up because her diaper had a leak! I changed her and fed her and it was funny to watch again… As soon as she heard her sister in the other room, she stopped to eat and look
at me with a big huge smile! She was happy to hear her, I can tell!
So I went outside and put her on the mat next to her sister! Again they turned to look at each other and touch each other. I really think they have a good bond!!!
Anyway, I had an awesome sleep and I said to Andrew that it is the first night in 5.5 months I slept well! Ya I had a total sleep of almost 7 hours!!!
Ok, ok, I don’t want to be excited too fast, so lets see how it goes for the next few days!!! This first night was a success and I wish it is just a beginning of many good night sleeps!!!
I love my girls!

Ok the second night wasn’t so good. Maeva didn’t want to settle last night. I think she is teething and it’s painful! We put Miya in the swing as usual and she fall asleep with a little help from the milk!
Miya slept very well. Her first feed during the night was 2:20am then 4:45am and I wish Maeva would have done the same but unfortunately, Maeva woke up at 12:45 and 3am and 5:30am. It’s getting better I guess, but it will be good if they were waking up at the same time that I can feed them in one session… Today I’m tired!

Let’s see the third night! It’s going to be different because we are going to have dinner at Andrews parents.

I still think it is going to be an adaptation but instead of feeding them 4 -5 times during night, it is only 2 or 3 times so even it is not at the same time, it is better for them! 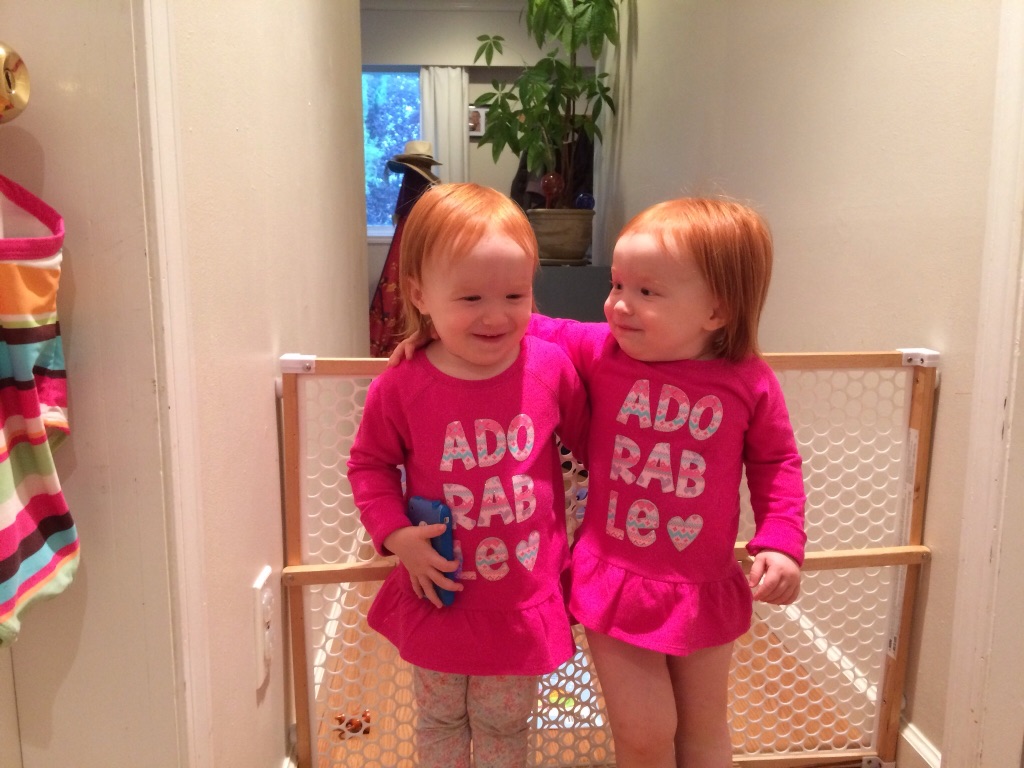 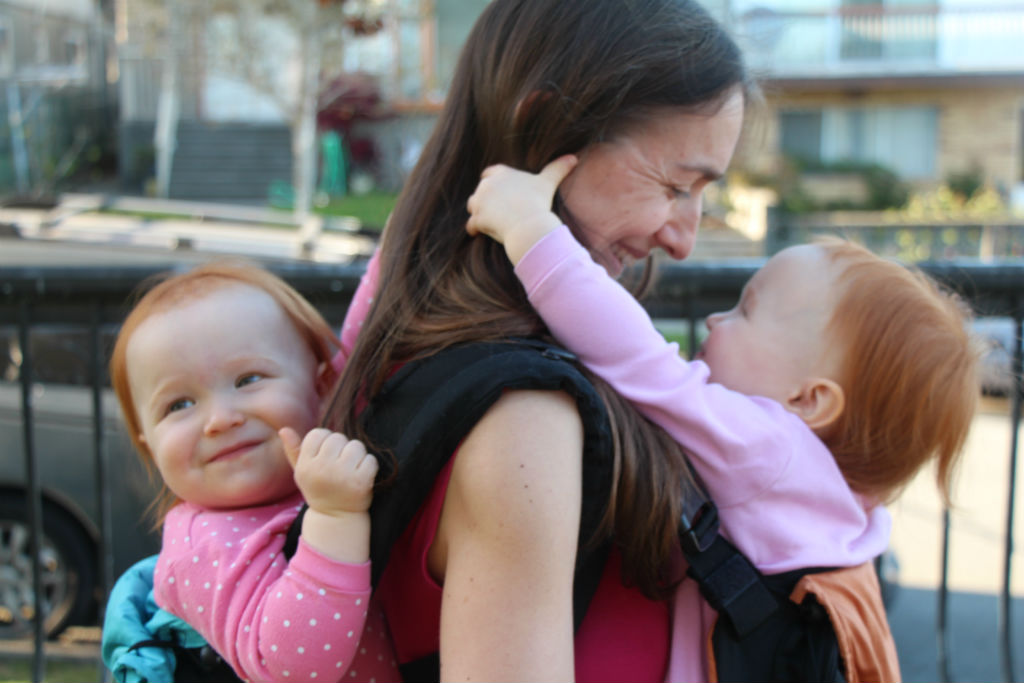 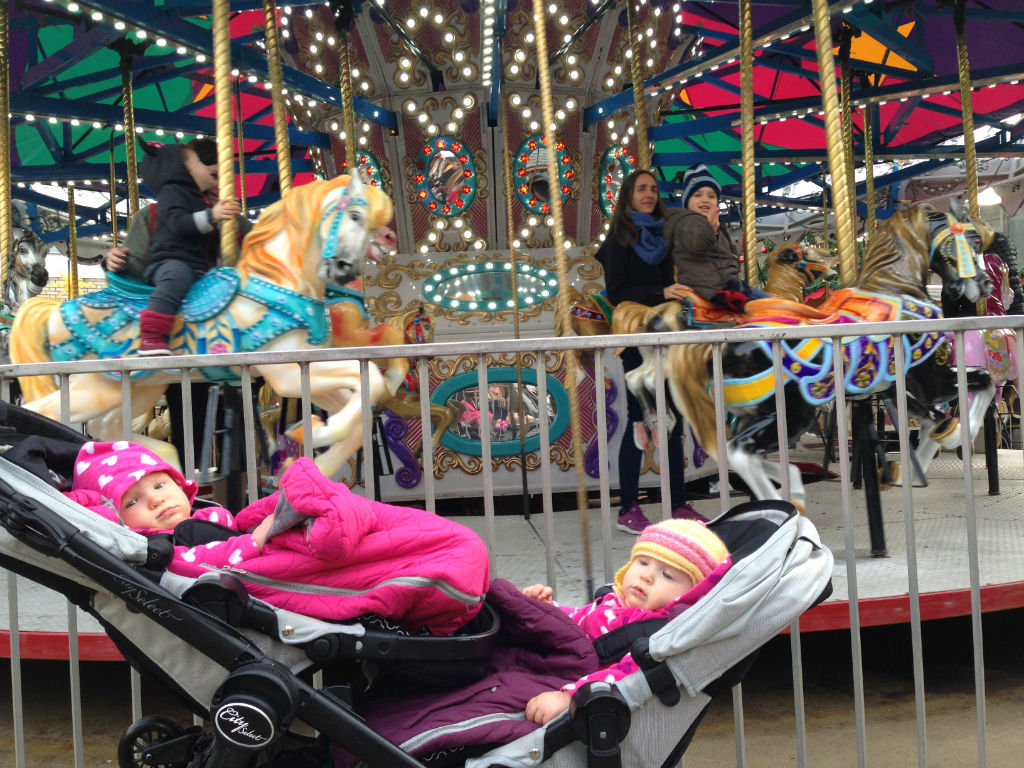 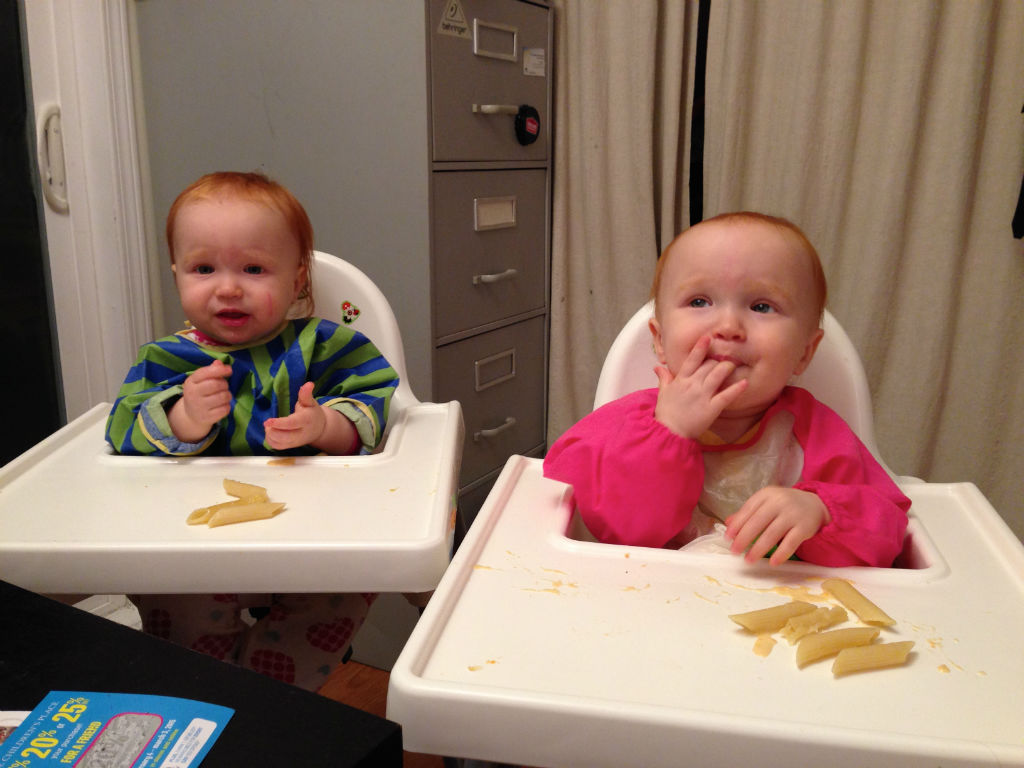 1 Response to "Separating our twins at night"